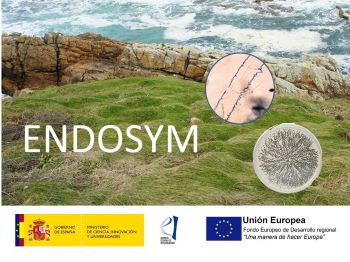 In the project we propose a study of F. rubra plant metabolites whose synthesis is affected by salt stress in plants symbiotic and non-symbiotic with E. festucae. Metabolites are an end product of gene expression, and we expect that like gene expression, metabolite profiles of symbiotic plants will be a reduced set, which would allow the identification of molecules with key functions in plant adaptation to salinity and symbiosis with Epichloë.

The second part of the proposal focuses on Diaporthe, a genus of fungi known mainly for its phytopathogenic species, although it contains many species with an endophytic lifestyle that have hardly been studied. Some endophytic Diaporthe species are major components of the core microbiome of Festuca rubra roots and have the ability to promote growth and salinity tolerance of agricultural species such as Lolium perenne and tritordeum.

We propose to study several aspects of the nature of these symbioses, such as the taxonomic classification of Diaporthe endophytes, the physical fungus-root interface, the metabolites produced in Festuca rubra subsp. pruinosa, L. perenne and tritordeum plants in response to symbiosis and salt stress, and finally whether Diaporthe endophytes can be used safely and efficiently as biofertilizers.